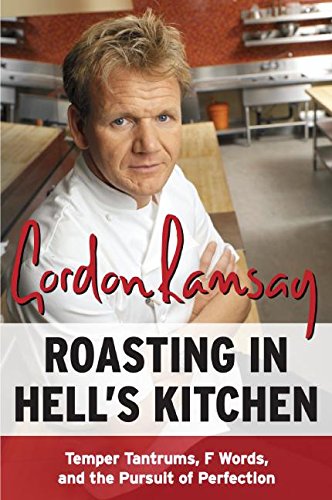 My discovery of the sublime enjoyment of food came late in my life, upon marriage, in fact, to a man who was born to a culinary heritage. In his family gatherings, there would be endless discussions of the best way to prepare this dish and that dish, where to source the best type of this ingredient and that ingredient, debates on how their Lola would cook the old family recipes … At first I found it amusing. Later on, as I moved up the corporate ladder and was benefited with a representation allowance that allowed me to try all of the latest restaurants, I slowly discovered that indeed, food could be really, really marvelously cooked, and as such, could be an experience like no other …

It was then that I began to collect cookbooks. While I certainly did not have the talent for actually cooking a meal, I loved the culture and history behind cuisines and dishes, and I had actually dreamed of becoming a food writer.

Then, lo and behold, the joys of the cooking shows ! I first saw these in the United States, then to my great delight, they were now being aired in local cable television ! Cooking shows became so addictive, my favorite stress-reliever.

From then on, while I did not particularly enjoy the “Hell’s Kitchen” show, I did become a fan of Chef Ramsey. And if there was anything I admired in him, it was his constant passion for perfection.

Naturally, I started to seek out his cookbooks in stores, bought them, and encouraged our then eleven-year-old budding chef son to try cooking his recipes. One summer, we discovered just what a genius Chef Ramsey was. Every Friday, for that entire summer, we would invite my siblings to our home, and our son would cook a three-course meal for them, all coming from the recipes of Chef Ramsey’s cookbook entitled “Fast Food.” They were all simple recipes, but nevertheless, all special in their own way, and every single one of them – absolutely delicious.

Needless to say, we have a collection of all of Chef Ramsey’s cookbooks available in Manila. Not only are the recipes great, but because the books are written, in the masterful tone and honest eloquence of Chef Ramsey, one cannot help but read them over and over again.

So you cannot imagine my happiness when, a few months ago, I came across Chef Ramsey’s autobiography “Roasting In Hell’s Kitchen.” What a find ! What a find!

I could not put it down, I was totally absorbed. Written in the engaging and  straightforward Gordon Ramsay style, you actually feel that you are watching him tell his story. And what a story it was – the stuff made for films, really. From a practically poverty-stricken childhood with an abusive father; to that moment when he realized that indeed, he could do this – he could cook ; to the competitive, intense, sometimes cruel, but always  fired-up experiences he went through as he trained and worked (at  times for free), with the world’s greatest chefs ; to his eventual success with one restaurant after another ; to his breakthrough in the United States market ; to his still being dragged down to this day by a drug addict brother  whom, like his father, he could not seem to bring himself to shake away from his life.But what a success he had, and how valuable the lessons he shared about the road to becoming a consistent Michelin Star Chef. “No lies. No dirty chefs. No clock watchers. No Mummy’s boys. No fat chefs.” One appreciates even the business lessons – “Choose partners that share you attitude towards running a restaurant business. Put only your own trained chefs in your next restaurants. Check the market before you decide to take the lease.”

Today, my husband and I run a fast casual food chain, and our son is clearly Chef-CEO material, having reached a finalist position in a local kiddie reality cooking show. We sat down and talked about Chef Ramsey’s lessons about work and success. Whatever background you come from, success is there for your taking. But you must want it. And work hard for it.

If I could turn back the hands of time, it would have been great to be a chef working with Gordon Ramsay. But since that is not possible, I will content myself with being an expert on his cooking (at least theoretically), with thinking about the life lessons he shared, with planning and saving for a trip to visit all his restaurants around the world, and most of all, with being inspired by his life, which was really all about being passionate about perfection.

And by the way, he was simply great at the Master Chef series.